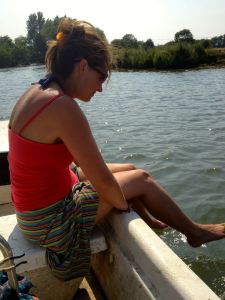 Shauna Robertson (Shauna Darling Robertson) hails from the north-east of England and currently lives in the south-west.

Her poems have been displayed on buses, performed by actors, made into comic art, hung on a pub wall, turned into song lyrics and widely published in various journals, ‘zines and anthologies on both sides of the Atlantic.

A first poetry chapbook, Blueprints for a Minefield, won the inaugural Fair Acre Press competition in 2016 and was subsequently selected as one of four contemporary chapbooks to be taught on Bath Spa University’s BA Creative Writing programme. A second, Love Bites, was published by Dancing Girl Press (USA) in spring 2019.

Shauna also writes for children. Various poems have appeared in anthologies from Macmillan, Bloomsbury, Troika, Otter-Barry Books and The Emma Press; several were commended in the Caterpillar Children’s Poetry Prize 2017 and the YorkMix Children’s Poetry Competition 2019. A first full poetry collection for children, Saturdays at the Imaginarium, is forthcoming with Troika in 2020. Shauna is currently working on her second, on the theme of mental health, with support from Arts Council England.

Alongside solo projects, Shauna loves to work on collaborative ventures – with writers, visual artists, musicians – anyone who’s up for it! She recently worked with Helen Dewbery & Chaucer Cameron’s Poetry Film Collective on a series of film-poems for both adults and children, and is a co-founder of Strange Cargo, a group of poets exploring collaborative and interactive approaches to performance. Her poem-pictures and other  artwork have been published in several books and shown in a number of gallery exhibitions. 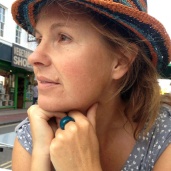 Poems in anthologies for children

Poems in journals and ‘zines